Welcome to Beatles International's articles section, where we want to give you a chance to write your own stories. 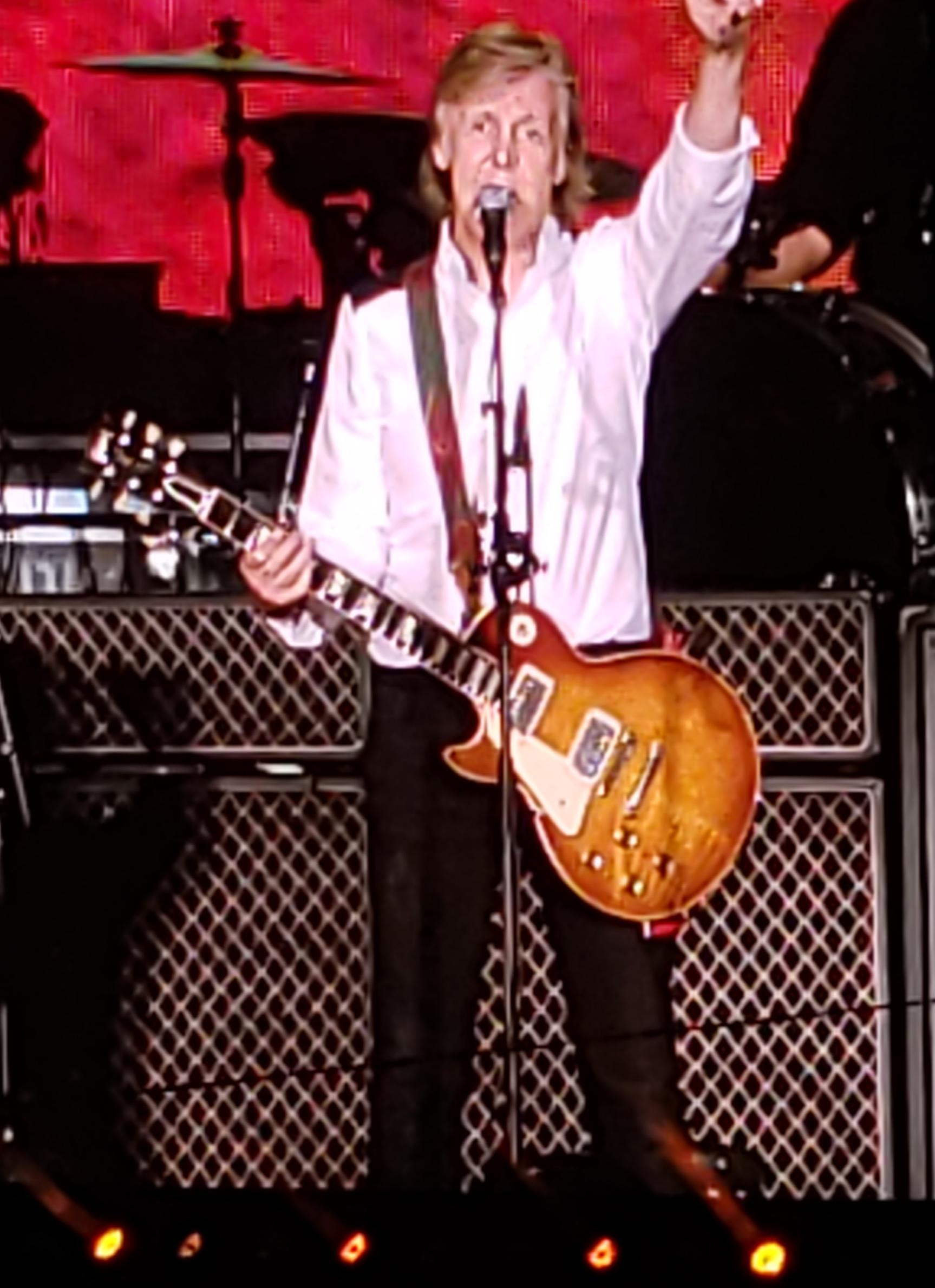 SIR JAMES PAUL McCartney:  FRESHEN UP! in Los Angeles
By: Opher Segal
The very last performance by Paul McCartney's recent concert tour, entitled "Freshen Up", was held appropriately at Dodgers Stadium in Los Angeles in front of sellout crowd of over fifty thousand adoring fans. Some of you might remember that The Beatles held their last concert in the City of Angels in August 1966. Paul did appear with his current band at Dodgers Stadium about five years ago. 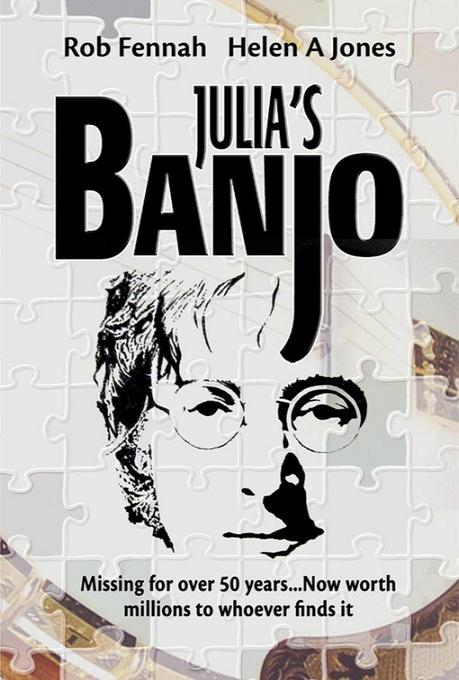 The Holy Grail of pop memorabilia - will it ever be found?

In John Lennon’s teenage years his mother, Julia, taught him to play her banjo but it went missing and nobody knows what happened to it. Writers, Rob Fennah and Helen A Jones have just published an intriguing novel based on the mystery of 'Julia's Banjo' the Holy Grail of pop memorabilia; now worth millions to whoever finds it…

It is always difficult finding something new to say about the Fab Four; after all, hasn’t everything already been written? Well, no, not quite. It is common knowledge the first instrument John Lennon ever learned to play was his mother’s banjo. John gave many a heart-warming account of how his mum, Julia, spent hours teaching him to play Buddy Holly’s classic, That’ll Be The Day, “sitting there with endless patience until I had worked out all the chords.” It was Julia who turned John onto rock ’n’ roll and actively encouraged him to pursue his musical ambitions; much to the disapproval of his Aunt Mimi with whom he lived.

Julia Baird, John’s sister, who witnessed their mother teaching him said: “I can see John so clearly, concentrating intently on the mother of pearl backed banjo that belonged to his grandfather, who had brought it back from a sea trip and then left it to our mother.” It is fair to say, therefore, that without Julia’s banjo there wouldn’t have been a Beatles and, without them, everything we know today would be different.

So where is the Holy Grail of pop memorabilia?  Well that’s what this is all about; shortly after Julia Lennon died in 1958 the banjo went missing and no one has set eyes on it since. Remarkably, neither John’s family, nor any of the numerous Beatles experts, have been able to shed light on its whereabouts or what may have become of it. John never revealed what happened to the priceless relic and it remains the greatest mystery in pop music. However, one thing is certain; if it did resurface, the lucky finder would no longer have to worry about working for a living. In 2000, a Lennon piano went under the hammer at Sotheby’s for 1.5 million pounds which gives some indication as to what the banjo might be worth. Some argue it would fetch millions more, not just because it was the first instrument the greatest rock ’n’ roll legend learned to play; it was the catalyst that changed the world!

But before we all start searching our attics and cellars, we must first overcome a major problem. Other than being banjo-shaped, what does the illusive instrument actually look like; does it have any distinguishing marks or features; something to confirm its provenance? There are no photographs of John playing the banjo so how could it be authenticated? Julia Baird’s description does provide us with a couple of important clues; the banjo originated from overseas, circa 1930s, and it had a mother of pearl back. Research suggests this decorative feature only appeared on expensive banjos and helps rule out the notion that it might have been scrapped (beautiful old instruments are seldom destroyed and are kept for their aesthetic and ornamental value). More importantly, a mother of pearl inlay is rare and drastically reduces the list of possibilities by eliminating those banjos that don’t possess it. That said, it would still leave numerous contenders to choose from and that is where the search for the Holy Grail of pop memorabilia would inevitably grind to a halt. Or would it?

Alright, so John Lennon’s signature might not be emblazoned across it but with today’s forensic technology it would certainly be possible to confirm provenance if John or Julia had left behind, say, a fingerprint or perhaps a strand of hair. Although this idea may seem a little far-fetched, it is not as outlandish as it sounds. Lennon’s Gallotone Champion acoustic guitar was authenticated, prior to its sale at Sotheby’s in 1999, by a drop of his blood! Original Quarrymen member, Rod Davis, recounts: “John took the skin off the edge of his index finger while playing at St Peter’s Parish Fete in Woolton (1957). I remember seeing the bloodstain inside Lennon’s guitar while I was changing one of the strings. When Sotheby’s contacted me about authentication I told them about it and, although faint, the bloodstain was still there.”

The mystery surrounding Lennon’s missing banjo is still relatively unknown but as the news filters out no doubt hundreds will crawl out of the woodwork claiming to possess it. Could it still out there having been stashed away for safe keeping and then forgotten about? Of course it could; that’s what happens with memorabilia; hey, we’ve all watched the Antiques Roadshow!

So as we celebrate The Beatles 50th birthday, let us all raise a glass to Julia and the banjo that made it all possible. Without them, the world would have been a much quieter place.

'LOVE' is a concept we all need 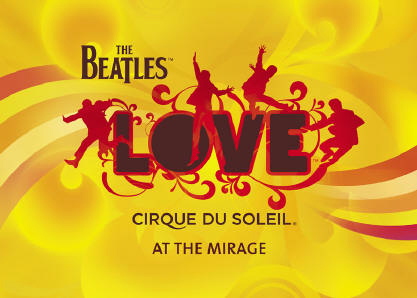 We first saw the show ‘LOVE’ toward the end of the year 2006. We attended with no expectations, as we kept an open mind to this most unusual union between the Beatles music and the incredible Cirque du Soleil.

The whole idea of the show was a concept thought of by the late great George Harrison and Guy Laliberte, the founder of Cirque du Soleil. In my opinion, the production takes place in the most unlikely location, the Mirage Hotel in Las Vegas. Who would ever thought that the Beatles would have gone to the town Elvis was King!

The final touch of success to this remarkable show, combined with the Beatles music alongside Cirque du Soleil, is the unique orchestration created by the one and only Sir George Martin and company. With such incredible collaborations, how can one go wrong? In addition, Paul and Ringo were at his side. What else could we need?

The unique marriage of Cirque du Soleil and the Beatles remains the most unusual combination, yielding an incredible feast for the ears as well as the eyes. “LOVE” is a perfect name for this show, because the essence of the emotion is very complex. Love is the most inner part of our human makeup, constituting a multitude of fragments we all have and express to each other in our own unique way. This production will capture your heart because it conveys the inner working of the most precious human emotion.

The facility at the Mirage Hotel is just the perfect venue for this magnificent show. Unfortunately, George Harrison did not live long enough to see the vision he created. However, he left the world a rare gift that will be around for all to see.  Thank God his dream became a reality! I do believe he would approve and enjoy his great creation. Thank you George and Guy Leliberte for having the vision.

I also believe, the final production of “Love” exceeded all expectations. Musically speaking, Sir George Martin and company were at their very best. The musical track, as well as the show will withstand the tests of time.

The Beatles music collage is a testament to the group as a whole, which was far greater then the individual. Although, they all forged ahead to produce their own unique music,   they would not have been able to reach the musical heights they did as individuals without climbing the highest ladder of the music world in unison.

My wife and I took our children to witness this marvel, because it represents the triumph of the human spirit. As parents, we felt it was our obligation to share the wealth with the younger generation.  All our young adult kids could not believe their eyes or ears!  They went on to see it again and again, sharing it with family and friends they LOVE.

The founder, Guy Lalibete and his head of creation, Giles Ste-Croix, created a show that evokes such deep emotion you are brought to tears of happiness and a sense of completion in coming to terms with oneself.

Thus far, we have personally seen the show on six different occasions, each time bringing a new experience.  The one thing that remained the same was the reaction of the audience throughout.  At the conclusion, people that did not know each other were hugging one another, embracing what they had just watched and heard, accompanied by huge smiles projecting love, the very essence of the show.

The saying: “Timing is everything” depicts the exact notion of the production.  The universe was in need and ready to embrace.   It is truly a masterpiece!  If you have not seen it thus far, do so and share it with the ones you love. It is a great way to spread what the Beatles were all about….LOVE AND PEACE!

It took over three years of incredible hard work and dedication to implement the Beatles music into this one show, a true labor of LOVE.  In a world of disconnect, the message you get from this marvel is truly refreshing. Due to the rapid growth of technology, it seems as if we have lost the most basic human element, personal connection.  Given the turmoil around the world, LOVE is exactly what we need more than ever.

The BEATLES suite in Seattle

With Peace and Love from The Beatles Suite in The Edgewater Hotel in Seattle
By: Opher Segal

When the Beatles, John, Paul, George and Ringo, emerged as Rock and Roll's top musical group in the world during the early 60's, they were indeed four very talented young men. Each brought to the table their own special personality, humor, wisdom, as well as their tremendous raw unharnessed talents. During that time frame, the Beatles stayed consistently at the top of the musical pop charts worldwide, producing more number one hits then any other group in the history of music.